Expulsion from the uterus of an embryo or fetus prior to the stage of viability, which is 20 weeks gestation, or fetal weight less than 500gm.

Abortion, the expulsion of a fetus from the uterus before it has reached the stage of viability (in human beings, usually about the 20th week of gestation).

1. Oro-foetal causes will operate in early pregnancy including-

A clinical entity where the choriodecidual haemorrhage (the process of abortion) has begun, but not progressed to the stage of irreversibility. The cervix is not open and the product of conception are not expelled.

Slight vaginal bleeding occurs in early pregnancy associated with closed cervix. The pregnancy may continue or result in an abortion.

In this type abortion, the process of abortion has begun and progressed to such an extent that expulsion of the product of conception seems inevitable. 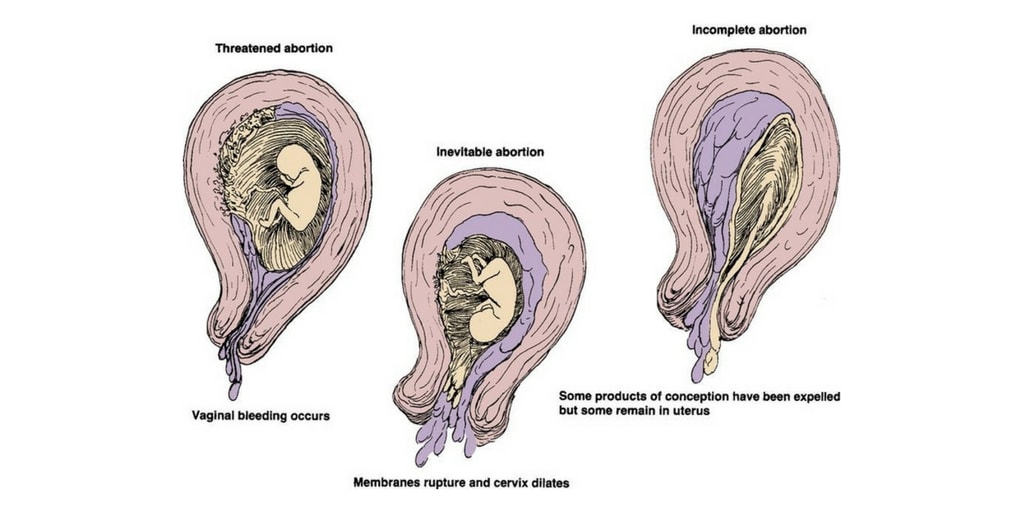 In complete abortion the product of conception is expelled completely (en mass) from the uterus and the uterine cavity is empty.

The entire product of conception is not expelled and a part of it is left inside the uterine cavity. 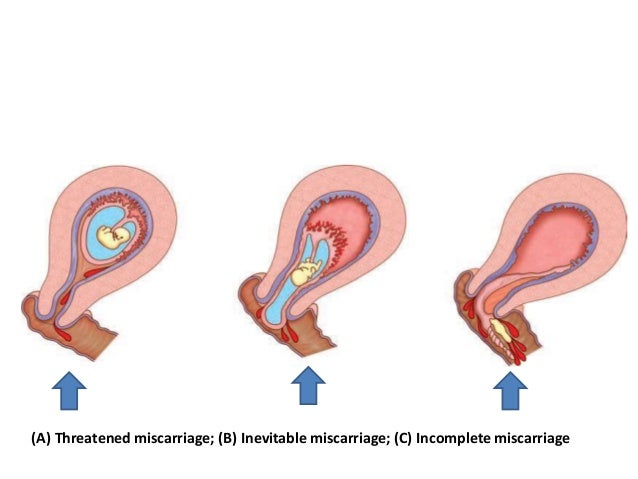 In missed Abortion the fetus is dead and retained inside the uterus for a variable period of time.

The foetus dies and is retained within uterus for four weeks or more.

Dead products of conception are converted to avoid tough fleshy mass due to recurrent or slow and progressive haemorrhage is choriolodecidual space. This is known as blood mole or fleshy mole. The embryo shrinks and degenerative changes like maceration and mummification occur.

A type of abortion associated with sepsis of the products of conception. there is increase association of sepsis in illegal induced abortion because of-

Infection of products of conception and uterus frequently seen as a complication of induced or incomplete abortion.

The infection is ascending, the incidence is about 10% of all abortions and is polymicrobial.

There are colonies of bacteria seen in the necrotic conceptus beginning as endometritis and thus becoming peritonitis and septicaemia.

Spontaneous abortion occurring consecutively for three or more occasions. Two-third occurring beyond 12 weeks and rest in early pregnancy. It is caused by lack of immunoglobulin G, hormonal deficiency and a very important cause—cervical incompetence.