Definition- sampling is a statistical process whereby researchers choose the type of the sample.

“A group of elements having similar characteristic it can be human being, living or non-living object. Populations gets as per the study area.

In simple meaning, a population is a set of units that we are interested in studying. These units should have at least one common characteristic. The units could be people, cases (organizations, institutions), and pieces of data (for example – customer transactions). 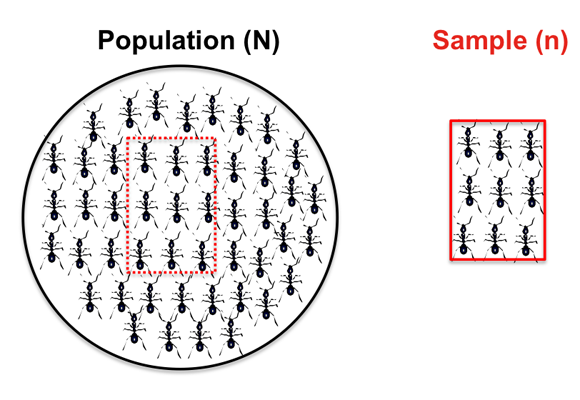 A sample is a part of the population that is subject to research and used to represent the entire population as a whole. What is crucial here is to study a sample that provides a true picture of the whole group. Often, it’s not possible to contact every member of the population. So, only a sample is studied when conducting statistical or marketing research.

Sampling bias is said to occur if the sample units do not possess the population characteristics. Due to which result may be inaccurate.

The need to sample

There are two basic types of sampling methods-

In simple words, probability sampling (also known as random sampling or chance sampling) utilizes random sampling techniques and principles to create a sample. This type of sampling method gives all the members of a population equal chances of being selected.

For example, if we have a population of 100 people, each one of the persons has a chance of 1 out of 100 of being chosen for the sample.

Applicable when population is small, homogeneous and readily available.

It is also the most popular way of a selecting a sample because it creates samples that are very highly representative of the population. 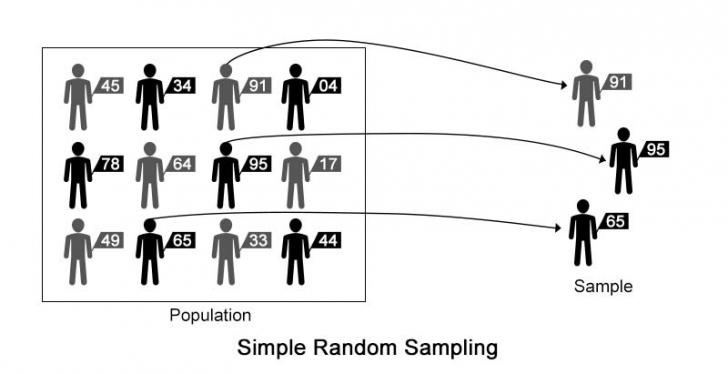 For example- if we catch fish measure them and immediately return to the water before continuing with the sample, this is a with replacement design, because we might end up catching and measuring the same fish more than once. However, if we do not return the fish to the water (e.g. if we eat the fish) this becomes a without replacement design.

A stratified random sample is a population sample that involves the division of a population into smaller groups, called ‘strata’.  According to some criterion, such as geographic location grade level age or income etc.

Then the researcher randomly selects the final items proportionally from the different strata.

For example- if you as a researcher want to create a systematic sample of 1000 workers at a corporation with a population of 10000, you would choose every 10th individual from the list of all workers.

This is one of the popular types of sampling methods that randomly select members from a list which is too large.

Cluster sampling is an example of two-stage sampling

Cluster sampling design is used when natural groups occur in a population. The entire population is subdivided into clusters (groups) and random samples are then gathered from each group. 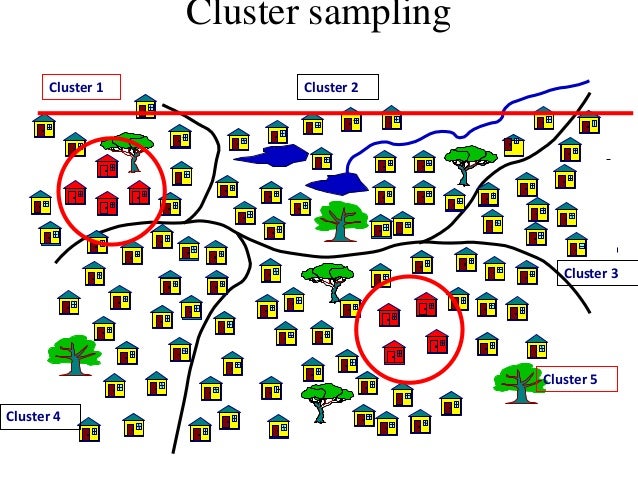 Cut down on the cost of preparing a sampling frame. This can reduce travel and other administrative costs.

Sampling error is higher from a simple random sample of same size.

Sometime known as grab or opportunity sampling or accidental or haphazard sampling.

This type of sampling is most useful for pilot resting

There are many types of non-probability sampling techniques and designs, but here we will list some of the most popular.

As the name suggests, this method involves collecting units that are the easiest to access: your local school, the mall, your nearest church and etc. It forms an accidental sample. It is generally known as an unsystematic and careless sampling method.

Respondents are those “who are very easily available for interview”.

People intercepted on the street, Facebook fans of a brand, Information pools of friends and neighbours “on the street” interviews., etc.

This technique is known as one of the easiest, cheapest, and least time-consuming types of sampling methods.

Quota sampling methodology aims to create a sample where the groups (e.g. males vs. females’ workers) are proportional to the population.

The population is divided into groups (also called strata) and the samples are gathered from each group to meet a quota.

If your population has 30% female and 70% males, your sample should consist those percentages.

Quota sampling is typically done to ensure the presence of a specific segment of the population.

Based on the experienced person’s Judgement

Cannot measure the representativeness of the sample

For example- these include populations such as working prostitutes, current heroin users, people with drug addicts, and etc. The key downside of a snowball sample is that it is not very representative of the population. 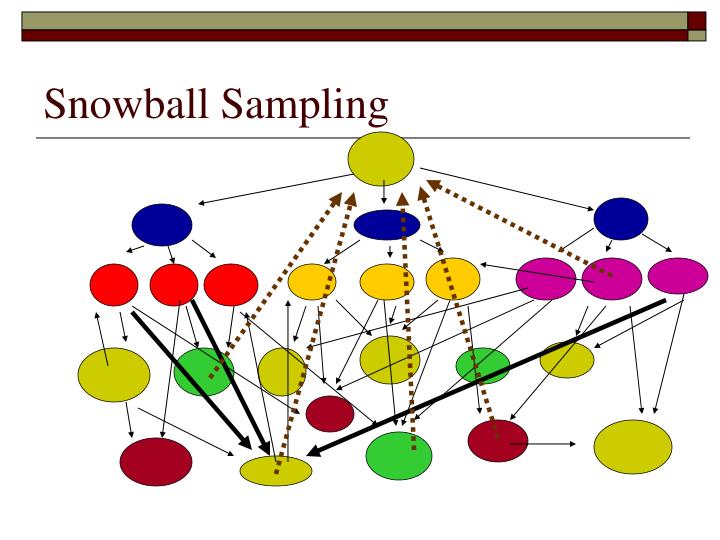